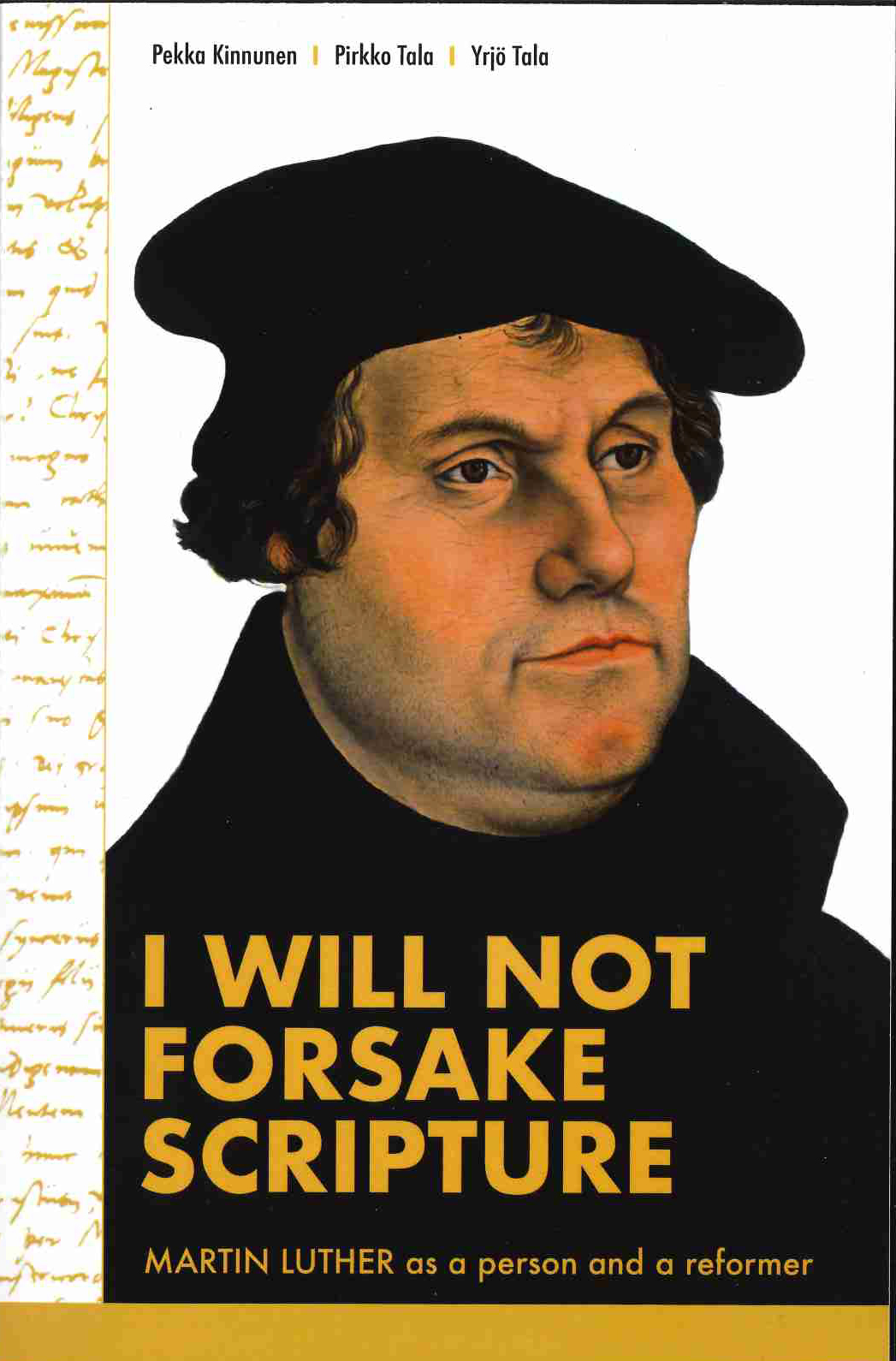 I Will Not Forsake Scripture

This is a historical book about Martin Luther and the Reformation written by Finnish authors, Pekka Kinnunen, Pirkko Tala, Yrjo Tala - translated into English. The year 2017 marks the 500th anniversary of what is considered the beginning of the Reformation. In 1517, Martin Luther published his 95 theses. This book is a translation of one published by the LLC’s sister organization in Finland, SRK. It is published in conjunction with LLC’s commemoration of this 500th anniversary. The book tells of the world in which Martin Luther was born and grew up and, at the age of 34, stepped forward to become a man of great influence in Europe. Luther became a powerful tool in the work of God’s kingdom. This book concentrates on the events in his life that were significant to the Reformation. The LLC translation and publication of this book in English is done not only to commemorate the 500th anniversary, but also to provide an overview of Luther’s life, the Reformation period, and some of the significant issues of that time. We hope that it also instills in the reader an interest in reading God’s Word, which we, as Luther, regard as Christianity’s highest authority.

Available for digital purchase on:

SubscribeRenew
This product is out of stock.
Product is not available in this quantity.