What Is a Sacrament?

The word, “sacrament,” is not found in the English or the Finnish Bible, yet the sacraments are deeply founded in Scripture. In the Latin Bible, the word sacramentum corresponds (ex. Eph. 5:31) to the word mysterion, mystery in the Greek Bible. The mystery of faith, which we cannot fully understand, is connected to sacrament. For that reason, we regard it with the timidity and humility of a child, for we remember that God has ordained it.

Christian Doctrine tells about the means of grace, the Word, and the sacraments. In God's Word there are two blades: the Law and the gospel (Heb. 4:12). The duty of the Law is to awaken man to see his condition. The gospel, on the other hand, awakens faith and gives the gift of the forgiveness of sins to the penitent person (1 Pet. 1:23-25). God has given the sacraments to those who have been helped unto faith to support them in their endeavor.

According to our Christian Doctrine, the sacraments are holy acts of the congregation, that Jesus Christ himself has instituted. Christ himself is present in them and distributes His grace to us through visible elements (CD 56). In the sacrament God's Word is joined to the visible, even to the elements touchable to the hand, so that we are assured again and again how real is God's grace toward us.

The Sacraments Are Signs Given by God

The Augsburg Confession teaches that the sacraments are not instituted among people only to be signs of public profession among men. They are, above all, signs and testimonies of God's will toward us. The purpose of the sacraments is to awaken and strengthen the faith of the partakers. For that reason, the partakers must believe and trust in the promises that are offered and shown through the medium of the sacraments (Augsburg Confession XIII). In both the Old and New Testaments the Sacrament is associated with the covenant made by God and His people and the promise given in that connection. God has instituted the sacrament as a sign to remind of His promise. Faith takes hold of the promise of God; the sacrament supports and strengthens faith.

There Are Two Sacraments

In the Roman Catholic Church there are seven sacraments. During the transitional period of the Reformation, the number of sacraments became a topic of discussion. According to the position of Luther and his friends, the sacraments were to be acts founded on the commandment of God. The Apology to the Augsburg Confession states the matter as follows: “The genuine sacraments, therefore, are Baptism, the Lord's Supper, and absolution (which is the sacrament of penitence)” (XIII:4). Absolution was removed from among the sacraments, because the promise of God was not connected to visible elements but to the Holy Spirit. The resurrected Christ said to His disciples, “Receive ye the Holy Ghost, whosoever sins ye remit…” (John 20:22,23). The sacraments have not been instituted by men or the church, but God has instituted them.

We understand in accordance with the Augsburg Confession, that the value or influence of the sacraments is not dependent upon the officiant's' turn of mind or faith. In them, God has joined His Word to visible elements and not to their officiant's having the Holy Spirit (VIII:1).

The Correct Use of the Sacraments

Luther wrote the 1520 treatise, On the Babylonian Captivity of the Church. In it, he directed his criticism against the sacrament doctrine of the Catholic Church. With the treatise's title, he wanted to indicate that the church had fallen into “Babylonian captivity” because of its errant sacrament doctrine.

When speaking of the significance or effect of the sacrament, Luther affirms that there is not a great difference between the sacraments of the Old and New Testaments. In both, first comes God's promise, then faith, which clings to the promise. After that follows the sign which supports and strengthens the faith. For that reason, Luther states that the sacraments are not “fulfilled by doing them, but by believing in them.” According to him, it cannot be true that “the power to justify dwells in them or that they would be signs effecting grace.” They are influential and “give grace surely and effectively when undoubting faith exists.”

According to Luther, the sacraments do not benefit unbelievers, even though they should put up no resistance to them. The lack of faith is the most detrimental and persistent obstruction to grace. “Christ says, 'He, who believes, and is baptized, shall be saved, but he, who does not believe, shall be condemned to perdition.' In this manner, He shows that faith is so essential with the sacraments, that it can save even without the sacrament. For that reason, He did not want to add, 'Who does not believe and is not baptized'” (On The Babylonian Captivity of the Church).

According to the Apology of the Augsburg Confession, it is most important to understand in what manner the sacraments are to be used. The idea is impossible “that we are justified by an outward worship service without the correct condition of heart, namely, faith. Paul rejects this and teaches that Abraham was not justified by circumcision, but rather that circumcision was a sign given as an expression of faith. We teach in the same way, that in the correct use of the sacraments there must also be faith in the promises associated with them. Faith receives what has been promised and specifically offered in the sacraments. This way of thinking is clear and completely sure.” (Apology of the Augsburg Confession XIII: 18-20 translated from the Finnish version).

However, there predominates that same understanding of the sacrament against which Luther fought in his treatise, “On The Babylonian Captivity of the Church.” Therefore, it is necessary for us to hold onto Luther's understanding, which is based on God's Word. According to it, the sacraments were not instituted for receiving faith but for strengthening faith. The correct use of the sacraments requires faith.

According to Jesus, living faith will move mountains and overcome the world. In spite of that, the believer does not feel personally strong. One's faith seems weak and doubts surround. Still, no one needs to think that the sacrament would not belong to him because of the weakness of his faith or because of doubts. It is precisely to the weak believer that it belongs. God wants to strengthen our faith through the sacrament and to show that His sure promises are in effect. 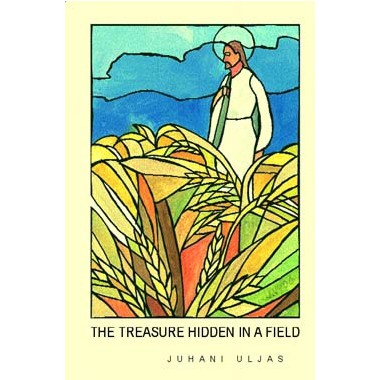